Due to current dry and windy conditions, citizens are asked to hold off on open burning of

leaves until conditions improve. As of 1:30 pm this afternoon, County companies are on multiple

woods fires. Initial reports are that some, if not all the fires were caused by people burning leaves

and the fire spread due to the dry, windy conditions.

Fires this afternoon have been reported in Manor, Conoy and Little Britain Townships. The most

Randall Gockley, County EMA Director is urging citizens to not burn leaves until we get

additional rainfall. Also, in some municipalities, you cannot burn leaves so local municipal

ordinances must be followed. Depending on the seriousness of the event, the responsible

party may be held financially liable for the firefighting costs.

Practicing for an event that we hope we never see.
Boston FD LODD 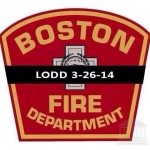 Our thoughts and Prayers to our Brothers and Sisters of the Boston Fire Department and to the families affected.
Reminder that this Saturday is our annual auction.
Receiving consignment items at the following times:Tues. & Thurs. 6-9pmFri.12 noon - 9pm
2014 Quilt Preview

All You Can Eat Breakfast

Thanks to all who attended and everyone who helped we set a new record for number of people served....over 600!!
CPR Recertification
A big thank you to Chief 94/Captain 15 (Steve Kintzler) & Chief 69 (Josh Newcomer) for recertifying 11 of our Firefighters in CPR. We strive to provide the best service to our community, by continuing to train.
➜
Representative Keith Greiner visits Station 29
WEFC was honored this evening at our monthly business meeting by Pa. State Representative Keith Greiner. Representative Greiner not only sat in on our meeting and chatted with our volunteers, he also presented WEFC with an American Flag and a Certificate of Appreciation for our "Commitment to ...
➜
Soup & Sandwich Sale

The Members of the West Earl Fire Station 29 would like to wish you and your family a Happy and Safe New Year.
SANTA'S COMING TO TOWN!!!!

Saturday Dec. 21st - Santa will be making his annual trip to Brownstown. We get the privilege of escorting him around on our Fire Truck. We will be touring all the neighbors in our area, so you better be good and listen for the sound of the sirens that announces Santa's coming!!
➜
Soup & Sandwich Sale
Saturday Dec. 7th10AM til SOLD OUT
Engine 29-1 Crew Support MTFR Station 207 @ Breakfast 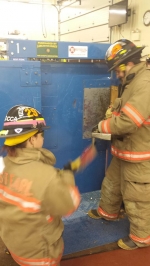 Forcible Entry was the training for this week and we invited our neighboring fire company, Farmersville Station 35 to join us. We learned and practiced how to forcibly open outward and inward swinging doors.
➜
IMMEDIATE PRESS RELEASE
IMMEDIATE PRESS RELEASE Date: November 15, 2013SEVERAL BRUSH FIRE PLAGUE LANCASTER COUNTY FIRE SERVICE Due to current dry and windy conditions, citizens are asked to hold off on open...
➜
All You Can Eat Breakfast

On Tuesday Oct. 8th, the West Earl Fire Company hosted our annual Open House. Our Open House is held in conjunction with Fire Prevention Month in hopes of educating our community about the importance of Fire safety and also to raise awareness of what all we do as their Fire Company.
➜
1 of 42 of 43 of 44 of 4
76 entries in the News
Facebook timeline
Call volume
2022 total
Fire
108
Twitter timeline
westearlfire29
Advertisement

This site has been viewed 543,761 times.
News
Events
Pictures
Apparatus
FollowTweet
Maintained by the members and staff of West Earl Fire Company. Designated trademarks and brands are the property of their respective owners. Copyright © 2006-2022. YourFirstDue Inc. All Rights Reserved. Content on this web site is supplied by West Earl Fire Company. YourFirstDue Inc. cannot be held responsible or liable for any content, text, pictures, or any other media found on this web site.
Management login
Powered by